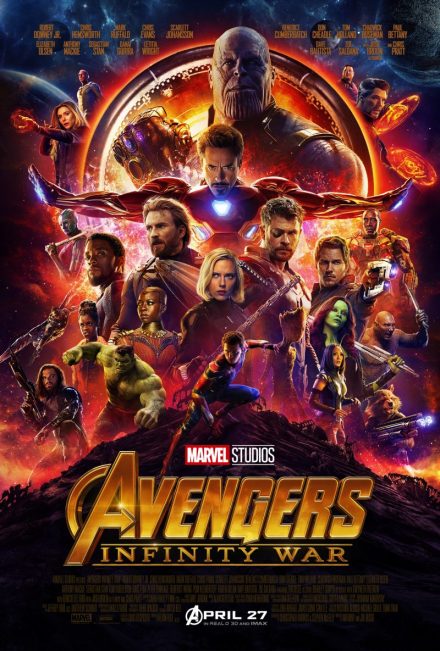 Let’s face it folks. This is the most useless movie review in history. You already know you are going to see it regardless of what I say.

Avengers Infinity War is *the* movie of the year that everyone wants to see. Few expected Black Panther to be the hit that it was (we really should have though), Solo is getting a mediocre response, do not get me started on Jurassic World, and literally everything else is sequels which while there are some fans don’t have over a decade of build up leading to their release. This is something no one has tried before at this scale and with good reason. It seems a Herculean effort, the impossible task to try to take multiple group and single character stories that largely operate on their own and put them into a single picture against a single threat.

Yet here we are Marvel has tried it. They wisely put Joe and Anthony Russo in the directors chair after the both critical and audience success of Winter Soldier and Civil War. The writers, Christopher Markus, and Stephen McFeely were also behind those two stories as well, plus The First Avenger. Winter Soldier, still easily in my top five Marvel films is an excellent story that just happens to have super heroes in it. Civil War, also is a strong story with a bigger hero presence – even if I personally have significant issues with some of the characters – the story cannot be denied and it’s solid film making. This was a good play on Marvels part and yes, this too is a well made film; but…

It has flaws for me.

Lots of them; but because I want my readers to enjoy the movie for its merits let me answer some questions that as always contain no spoilers.

Do they successfully merge multiple franchises?

Actually yes. This is a very very busy movie with a ridiculous number of locations, characters, and beats to it. It never quite feels too rushed or too slow , even if it gets close a few times.

Do they do justice to each of the characters as we’ve grown to understand them?

Honestly yes. Everyone gets a good moment of their own that sticks to the core of who and what they have been established to be. Everyone you can imagine gets an appearance and it did make me smile to see a few of them too; yet at the same time I think they spend time with all the wrong characters. The ones who get the most focus are the ones I care about least.

Josh Brolin absolutely brings it and anything else verges into spoiler territory so you’ll have to chat with me in the comments section on him. He Looks Great! He is a SOLID Villain. I am happy to see him.

Is there anything else you can share that doesn’t even hint at a spoiler?

There’s not a lot I *can* say about it. The money sunk into this movie is on screen with absolutely nothing wasted. The visuals are surprisingly solid with the raw amount of CG on screen at any given time; and show just how far they are pushing the technology.  The fights left me something to be desired as they are very busy which detracts from most of them unfortunately as I couldn’t really see who was who and there were too many cuts to other places.

I hope you truly enjoy this movie. I really didn’t. It is in the solid middle for me on the Marvel films. I don’t actually *hate* it in any way – which is an important distinction from things like Age of Ultron or Iron Man 3. I just don’t have any emotional connection to it whatsoever and that is why it fails for me.

The ultimate telling thing to me is that the audience in my showing was stone quiet even after the credits rolled. Not a gasp, not a tear, not an applause. Just quiet. So maybe I am not the only one? There *are* good things to it, I covered some above. There are others that are cool too, but they are moments in a whole cloth that just doesn’t do it for me. They aren’t enough to save it even if in those moments it engaged me like nothing else in the film did.

I hope you enjoy The Infinity War and it lives up to every expectation you have.