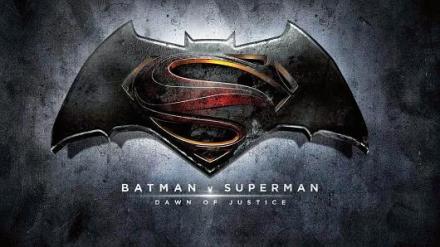 I was wrong about many things over the years. I have even been questioning my own reviews of late as so many mediocre movies continue to come out and I don’t have the energy to write about them. To write about another film that is so middling and ‘meh’ that it isn’t even worth the energy or time to write about it. I’ve even wondered if watching movies knowing I will review them has soured me to good films. Then I think about films like The VVitch, Victor Frankenstein, The Last Witch Hunter, Krampus, and realized that it’s not me. Noticed I left off films like Deadpool and The Force Awakens? It’s because they are both critical and financial successes. They are too obvious a target to say “see I still like movies!”. The other four films are something new, something different and something to be celebrated as they try to rise and claw and bite into the sun of something more than mediocrity. Now we are living in the Snyder-Verse when we talk about the DC Cinematic Universe. This is an important distinction to make as their Animated Universe films are some of the best comic films being made these days. The Cinematic though? People seem divided.

I called it the Snyder-Verse specifically after a comment he recently made about Grant Gustin not being right for The Flash.

I just don’t think [Gustin] was a good fit. I’m very strict with this universe and I just don’t see a version where… that (tone is) not our world.

Even if Grant Gustin is my favorite guy in the world, and he’s very good, we made a commitment to the multiverse, so it’s just not a thing that’s possible.

My thoughts on Mr. Snyder.

The most polite version of the meme I could find…

I appreciate the fact that Snyder has a vision for the films. Just as Nolan did. I appreciate that the execs at DC/WB are supporting his vision. I even will go so far as to say I can understand his vision for the DCCU. I know what he is trying to achieve. It’s easy to see in the fan service to Jim Lee and Frank Miller. It’s easy to see in the colour palette, the designs, and the characterizations. This movie is going to make a boatload of money unless a miracle happens. So he will be allowed to continue his vision for the verse and the movies will maintain their dour tones.

I really wish that he was struck blind. Metaphorically speaking…

I think his vision sucks. I think that he is really good at lifting material from better writers and visionaries and tries to interpret it as his own. There are no less than six different scenes from Frank Miller’s Dark Knight Returns in this movie. This is the universe Snyder is putting us in. The Batman costume is literally the same design. Some of the best Bat scenes are here and truth be told they made me smile when I saw them, but what he failed to notice was that was a Batman story first and foremost. The Superman in that story is portrayed like this

That is a Superman. That is a man people can look up to. That’s a hero. That is not what we got.

I am tired of mopey, dull, non-heroic Superman. I don’t need him deconstructed. The world doesn’t need him deconstructed. I am not a huge fan of Four Colour comics as a whole, but Superman belongs there. He needs to be larger than life. He *is* larger than life, something Good and something to aspire to. Even Batman is larger than life, and in his purest form something to aspire to. A man who has perfected his body and mind to be one of the best humans on the planet and doing what he does to protect people. (I did say purest form….)

This review has turned into a diatribe against Snyder and his vision rather than the movie.

His vision is the movie.

Those moments typically involve Ben Affleck and Gal Gadot. Affleck is one of the best visions of the Bat we have had since Keaton in cinematic live action tellings. The costume looks good, his fighting is good, how he operates works so well. He is a tired Bat, but I believed he WAS both Batman and Bruce Wayne. Gadot gave me someone I thought was a nigh immortal Wonder Woman in Man’s world. She was warrior, she was beautiful, she was intelligent and elegant. I am happy with her performance – as I expected to be. Alexander Luthor, as portrayed by Jesse Eisenberg, was hit and miss with more hits than misses. Though the misses are significant and I cannot discuss without hitting spoilers. I liked him. I bought him – mostly. His performance is not nearly as complete, as whole, as Affleck and Gadot.

Technically the movie was a bit of a train wreck. The editor couldn’t keep a single frame in camera for more than 30 seconds. I literally started counting. The CG was strong with this one and the lines were showing. When they got to the titular fight I just didn’t care. It was all spectacle without any emotion or caring put into it. Sure there were beats that had me excited but those only created emotion because someone else had done them better in other material and in another media. There were just too many other technically flawed moments through the movie to give a damn. The Batman story arc is one of the more interesting ones we’ve had in a very very long time. The Superman story arc is more of the same that we got last time with the world being too hard for the poor boy and more moping.

I am not angry at this film. I am angry at Warner Bros. I am angry at Zack Snyder. I want to hate the film, but I can’t. I blame the people behind the camera. They have failed us.

Sure it’s going to make bank. I wish it wouldn’t. Sure there will be people who forgive it’s flaws and like it. I am not one of those people. We *need* to expect more. To expect better. We need to stop being satisfied with this….whatever this was.

No. You will anyway, some of you will like it. I bet fans may like moments, but the whole of the film no. No you won’t.

Will I buy it?

In the bargain bin, so I can make a fan edit and remove most all the material involving Superman.

I am tired. I am going to keep reviewing films and trying to find the ones that are good. This is not one of them.