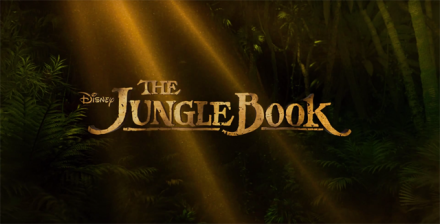 A quiet year for my reviews so far with this as my seventh review in a time where I should normally have maybe ten or twelve. Some movies have left me with such ennui that I couldn’t even bring myself to write about them (Allegiant, London Has Fallen). Others have left me with seething disappointment (BvS: Dawn of Justice). Then came along The Jungle Book, another in a line of Disney adapting their classic animated, and other properties to live action. Alice in Wonderland was….bleh, Cinderella was a bore, Maleficent was good, The Lone Ranger was a putrid pile, and Prince of Persia was a train wreck. There have been other adaptations of this with the 1994 Steven Sommers adaptation (his filmography tends to bring me smiles), starring Jason Scott Lee and Lena Heady and Andy Serkis is planning his own adaptation. Most folks however are familiar with the 1967 classic animated one, if not the film you know the soundtrack.

How did this adaptation go?

The script is adapted from the Rudyard Kipling book, as all are, by Justin Marks who has nothing of quality to his credit on the big screen. With his sole film being Street Fighter: The Legend of Chun-Li, ironically in light of the new photo from the Ghost in the Shell, that movie has come up in conversation recently as simply being bad. Then again in this situation he merely need to take what a master has written and adapt it to the screen under the careful eye of director Jon Favreau; who is thankfully best known for being the director of Iron Man. The producers on this one are a hot mess of “Wow” and “whoa…”. Yet somehow they brought it all together and told a cohesive story, free of many tropes (not all), appropriately emotional and dramatic, and capable of building tension and smiles.

Some of that credit goes to the cast of course. Bill Murray as Baloo, I am still not sure was the right choice, worked really well. Ben Kingsley brought the appropriate gravitas to Bagheera. Lupita Nyong’o and Giancarlo Esposito as Raksha and Akela the wolves that served as Mowgli’s parents brought the heart. Scarlet Johansson was serviceable as Kaa, though many could have done what she did and had the same impact. Christopher Walken’s King Louis is memorable. Idris Elba. Idris frikkin Elba. When I first saw the trailer I was worried about his voice matching appropriately to the role, something felt off. Whatever it was – is gone. He was amazing. He was terrifying. It was magnificent. So many movies have weak villains these days and this film that is not a problem. He has real weight on screen and brought his natural commanding presence through as Shere Khan.

10 year old Neel Sethi has a huge task. He is the only live actor in this film against some tremendous voice actors and otherwise CGI experience. I cannot say he delivers every line like a pro, but damnit if he doesn’t try. He is just so earnest in his delivery of every single line that I want to believe him. A lesser actor would come across annoying with the same delivery, but he makes it charming. I suppose that is all he has to do though to play the part right? I mean I listened to his dialogue and how he presented it and went “ok so he’s 10.” I consider that a success.

Let’s talk technicals shall we? The movie is gorgeous. As many other reviewers will tell you CG must be used properly. If it is you can’t tell what is and is not computer generated. While intellectually I knew the animals were, the movie made me forget. I cannot tell you from scene to scene with 100% certainty what was real and what was not. This is how you do it right. This is how you balance your colours to make it look like it’s real even when it is not. This is a lesson so many others fail at with hyper or desaturation to try to muddy the edges. They didn’t do that here. It was near perfect.

I liked this movie. As I write about it I like it more. As I talked about it today, I liked it more. This is a good movie. It’s got repeat value. It’s not “Oh my god I am going to see this again tomorrow night…” but I really just enjoyed this work.

Yes. Yes you should. Especially if you have kids.

Will Jess buy it?