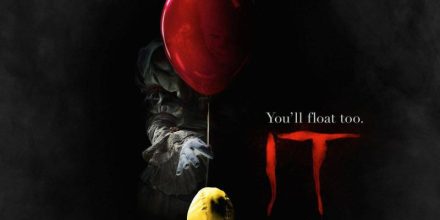 It’s been 27 years since I read Stephen Kings IT. No joke. It was freshman year in high school and me and my friend Darrin were reading and sharing our King stories and favourites. I bet if/when he reads this post he will remember the days we both would go – “Late last night and the night before.” It’s also one of the few times I had read a book before the film, when we were unexpectedly graced with the TV Mini series in November 18, 1990. The mini series gave more than a few people coulrophobia (fear of clowns), but looking back its hard to see why when you remove the nostalgia glasses. Don’t get me wrong, I love the mini series but it doesn’t really hold up all that well across the board now as Nostalgia Critic pointed out deftly a few years ago. Parts yes were really well done, but very made for TV and very PG. Here we go with a theatrical release and an R Rating (I hope)

Should IT have stayed in hibernation?

So to be very clear I have little recollection of the book, aside from one or two things. This will be judged as the movie itself. I won’t be comparing it to the 1990 version either as these are incredibly separate beasts; which while there’s a nod or two here and there are structurally, tonally, and behaviorally different films. Make no mistake this is not the IT you grew up with. The beast evolved with the times.

Now as I understand it, considering I try to avoid insider info now, the core screenplay was by Cary Fukunaga, writer of Sin Nombre and Beasts of No Nation. It had additional work done by Chase Palmer (no relevant credits I could find) and Gary Dauberman (Annabelle and Annabelle: Creation). As I can’t remember the source material sufficiently I can’t speak to its adaptation. Things I do remember such as the house on Neibolt Street, made it into the film and were quite well done. What struck me most is how well they balanced the horror, the dialogue, and the humor in the film. There were times people laughed, people shrieked (yes shrieked), and even applauded during the 2 hour run time. I even triggered the applause during one scene; which moved like the wave in a stadium. The movie was resonating with people of all ages in the crowd from the teens to the elderly. I question the logic of the person who brought the 10 year old though. The writing was solid through and through with tension building, release, and even breaks to laugh at well timed and well placed humor. It is not flawless however, as there does seem to be some loss of fidelity to the Losers club. Mike, and Stanley don’t feel as fully formed as they could be. I think Mike suffers the most from this as some of his arc from the 90’s was moved to Ben. You do get a sense of who he is, but it isn’t remotely the same level as what Bill, Bev, or Ben get. You do get your Losers club, but they aren’t 100% realized.

That could potentially fall to material on the editing room floor or decisions made by director Andy Muschietti (Mama). This is one of the few failings of the film. It could be script, could be director, could be editors. Muschietti nailed it otherwise. His vision for the camera with director of photography Chung-hoon Chung (Old Boy – the original, The Handmaiden) were nothing less than inspired to me. Dutch angles used appropriately but not overused. All of the basic shot types are used with precision. Not once did I feel “oh this should be been done as an over the shoulder” or “too close for no reason. go to a wide here.” The blend of diagetic and non diagetic sounds, music used within the material the characters can hear vs music for the audience, worked well especially during the opening credits. What impressed me most is the methods in which tension was built. The jump scares are few and far between yet the movie twists that emotional rubber band to its breaking point a number of times. Those familiar with the previous work will expect beats that never come and get a handful that make you question how much they are changing. All of this to the movies credit.

None of it would work without the kids though. Jaden Lieberher (Book of Henry, Midnight Special) has a lot of weight on his 14 year old shoulders as Bill. He delivers. He has the chops to be the charismatic leader of the Losers, so desperately searching for his little brother when everyone else tells him no. Jeremy Ray Taylor (bit roles in Ant-Man and 42) is our new kid Ben. His fear of Henry, his isolation, and his feelings are shown well through action as much as dialogue. Sophia Lillis, as Beverly Marsh, turns it up to 11 in her performance. The 15 year old actress is both strong and vulnerable. Bev is the rock for the group and Lillis shows the range of the character well. Stranger Things alum Finn Wolfhard (Mike Wheeler from ST) is our mouth Richie Tozier. This is a thousand times different than the Seth Green performance from 1990 and quite honestly superior in every way. Jack Dylan Grazer, another 14 year old, plays our Eddie Kaspbrak.  This kid has star power, quite possibly the “weakest” of the Losers, he doesnt let that stop him and its hard to turn your eyes to focus elsewhere when he speaks. Sadly, as mentioned before Chosen Jacobs (Mike Hanlon) and Wyatt Olef (Stanley Uris) don’t get nearly enough to do. They sell their fear. They are part of the Losers no doubt. You just don’t have as strong as a sense of them due to the flaws above, but the actors did their absolute best.

On a more technical standpoint, the movie really nails the 1980’s in the vein of the aforementioned Stranger Things. Its the end of the 80’s but rather than overload us with toys, phrases, pop culture, and pure nostalgia of the time they use it as set dressing for atmosphere. There are little things here and there that hit those points, but they aren’t a focus and the movie is all the richer for it. I looked to my friend Tony who I saw it with tonight (thanks to his screener tickets) a few times and went “I remember doing that.” That’s how you hit 80’s. It was perfect. Additionally there’s a cute little time table through the film told via the marquee on the movie theatre. Not a spoiler, just if you want to know “specific dates” that’s how you can tell. Beyond the 80’s the movie needed to be tension filled through sets, lighting, and make up. It was. If anything the flaws that exist are minor. There’s incredible attention to detail on Pennywise…oh wait I didn’t mention him in the actors.

Bill Skarsgård has given our favourite clown new life. Having watched him in Atomic Blonde (twice now) I was surprised how much I lost him to the character. That is a very good sign. He does some interesting things with his voice, face, and body language that aid in making this Pennywise absolute nightmare fuel. I was asked if he was better than Curry. Short answer is yes. Long answer: Its a different character with a different movie that comes from the same source material.  The choices in the technicals surrounding him (Costume, Make up, FX) only add to make him one of the most terrifying characters I have seen in awhile.

IT may be the scariest movie I have seen in a very long time. This is horror done right. This is King done right. This should be in the top 5 list of any King movie list. It ranks with Carrie, The Shining, and even Shawshank. While it isn’t a perfect movie, it is extraordinarily well made, trope avoiding, and drenched with atmosphere (and blood during one scene). It has gore, but doesn’t overdo it instead letting the starkness of it offset the performance by the kids. The Losers club are performed in their A game and feel totally natural.

IT comes with my highest recommendation and while summer 2017 may have been the most disappointing for Hollywood in 25 years – this movie is surely a sign of what can happen when you treat a property with respect. Wonder Woman, Logan both show this as well. I hope Hollywood takes note of what worked so well from casting, to direction, to script, to film style. This movie works.

If you have a fear of clowns or horror movies in general? No. Otherwise – Yes

Do you plan to see it again?

Ok, but did it scare you the Vampire Princess?

Yes. It’s a pleasant feeling I had long since forgotten in movies.

The 90’s one will have a soft spot in my heart. This is just well done and I can’t wait for the sequel.