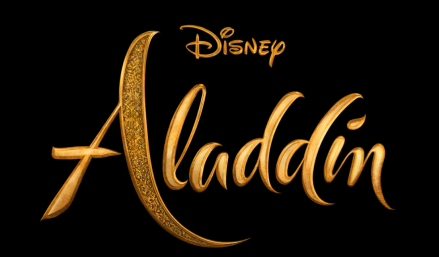 One of the times where I need to put the year not just to cover when I released the review, but also to make sure it’s clear as to which version of the movie I am talking about – even within the same studio. To be fair 27 years is long enough between versions. Though as I write this it just struck me why we claim to be so tired of remakes, when remakes are as old as Hollywood itself. Access. We have more access than ever before to almost any movie ever made any time we want. This really began in my own childhood as VHS became widely accessible and cable began to sink its claws into the world giving us more channels airing more of our favourites. Then came (and went) laser disc, only to be eclipsed by DVD, then BluRay, now Digital. You love The 1992 Aladdin and likely have watched it more than a dozen times, and if you have kids shared it with them as well. It’s never faded from memory because we have it on demand by our own hands. Now to be fair, I am not demonizing the audience for liking what they like and wanting what they want. I am just being a bit introspective as to why we might be judging some of the studios as harshly as we do.

This isn’t to say they don’t also deserve it. They are part of the access issue and let’s face it with few exceptions Disney hasn’t exactly thrilled everyone with these live action remakes. I suppose with Lion King this year we should just call it a Digital Remake. The same might as well be said for this one too, though not to the same extent. For me Maleficent was one of the best of the live action remakes because they remixed the story and did something new with it rather than a shot for shot remake.

So should we just put Aladdin back in the lamp?

The script this time was penned by John August who is credited for work on about a solid third of Tim Burton’s work from Big Fish (yay) to Charlie and the Chocolate Factory (special hell for you), to Dark Shadows (I will put you in that hell myself), and Frankenweenie’s 2012 remake. Guy Ritchie clearly did enough rewrites to get his name on the screenplay and of course he is in the directors chair. I am surprised after King Arthur: Legend of the Sword that Disney took a chance on him, but here we are and yes they did. More is the pity.

Let me be clear (I almost typed straight but I’ll never be that), I did enjoy parts of the movie and I don’t hate it. This will seem incongruous to the lambasting I am about to give it so I wanted to make sure you knew early. This film has no energy with one exception and that exception is not Will Smith. Somehow and I don’t know how precisely they took One Jump and Prince Ali and put on the display, put on the words, but it had no energy to it or passion to it. Even the opening Arabian Nights just doesn’t have the right sound to it as it desperately tries to emulate the original. Sure there are changes, but that isn’t the problem. The problem is they try to hit the rise and sound as large but they don’t. They fall just short of it every, single, time. Guy Ritchie made ONE JUMP BORING. HOW? How does a director known for such kineticism take a song born to be kinetic and make it flat. The musical numbers aren’t the only issue. Some scenes are truncated, but not to the movies benefit as it introduces new complexity that isn’t handled well. With one exception I will get to into in a moment the movie is simultaneously rushed and too long at the same time. More than a few of the changes made to story and events we all know aren’t just different, but are flat out weaker on their own and by comparison. It sort of is a mess in that regard.

What saves the movie is the actors. First things first, Will Smith is fine and reminded me of the Smith of old with his charisma and makes Genie his own. He doesn’t try to mimic Robin Williams, but they don’t stray far enough that you forget him. Mena Massoud is fine as Aladdin when the direction and script let him be. He was clearly hired for a smile that can light a room from across a country and that isn’t a bad thing. The boy does his best and starts to overcome everything against him, until they get him to sing. Then the flatness harms, but at least he and Naomi Scott (Power Rangers) have charisma together. He does all he can, but she just does it better. When it comes to the heavy lifting of the movie it’s all on Scott and she does it. She is the powerhouse, from song to performance to character arc.  Prior to this I had no idea she could sing and I am pretty impressed with what I got. Nasim Pedrad also adds some of the charm to the movie as Jasmine’s handmaiden and is definitely one of the brighter spots, in the film. I tried, I tried to buy Marwan Kenzari (Murder on the Orient Express, Ben-Hur) as Jafar, but he didn’t have the necessary venom. He was flat as many of the other performances and emotional depth of the movie beyond Scott. I don’t blame him, I blame Ritchie and August. Mostly Ritchie.

The movie is fine. It’s passable. It’s just irritatingly mundane. As the Dark Princess who attended with me tonight said, they did everything safe. Everything. There is not a single choice made that wasn’t the safe one to make. Some of the changes and inserts made were ridiculously safe for 2019 and with but one exception did not add to the movie in any way. The CG ends up looking better than we got on the trailers, but that only harms the final product as there is a ridiculous amount of CG so the Genie ends up looking odd since he is coded to be more photo real.

Guy Ritchie was the wrong choice for this movie and while there were some more Bollywood style shots, costuming, lighting, and set design – next time give it to a director from Bollywood. It’s hard for me to forget the initial casting news from this one and it does colour my opinion of the final product. You may think that isn’t fair, but I have to ask would a different director have been able to get the right passion and made the right choices? I mean obviously a different director would have made different choices, but would a Bollywood director have given us the BETTER choices.

Aladdin 2019 will suffer by comparison to the original and that suffering is earned. It only improves one or two things, but again doesn’t stick the landing on those things.

Meh? I guess. Like I mentioned in the tomb diving part above, I am fairly displeased with so many of the decisions in the movie, BUT….I don’t hate it.  So take my review at face value and make your choice accordingly.

For some of the Naomi Scott scenes? Yes, but…

But you’ll buy it and not in the theatre

Any parting thoughts on this one?

I am not hopeful for the Lion King?