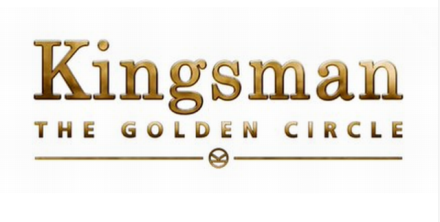 I have not seen the movie. I no longer plan to see the movie.

Everyone close to me knows I avoid all other reviews, review sites, production blogs, insider blogs, etc. prior to a movies release. I base everything on my reviews from the trailer to screen only. I do not want to taint my review by production nightmares or amazing productions and horrible final products. I base them on what you promise me via trailer and what I receive when I put down my $11. So when the person closest to me in the world goes: “Hey this article ( https://www.themarysue.com/taron-egerton-kingsman2-scene/ )  has spoilers. I won’t be seeing this or any Matthew Vaughn movies”, an hour or two before I go see the movie; it causes me to take note.

So I read the article. I am both happy and sad I did. I can tell from other reviews I have watched between now and this writing that the overall product is a solid Ok to Good, but at least three have brought up a scene in question without getting into the details found in the article from TheMarySue. I was deeply conflicted for a bit.

The scene/issue: In attempt to plant a bug to track someone Eggsy has to seduce a woman and insert the object into her via her vagina. The shot is done as a point of view following his hand.  The actor who played Eggsy was actually uncomfortable performing the scene (and did not in the end).

Can I tolerate overt, unnecessary sexism in a film that uses it as a punchline for all of 30 seconds?

I mean I have watched plenty of things that are gratuitously sexist. Piranha 3D and 3DD come to mind right out of the gate. I have watched my share of movies with consenting (and even not consenting) adults having sex in them or women in lingerie having sex (Atomic Blonde , The Hunger ). So why does this bother me more than those?

If you are still with me reading this, lets start with Piranha. The sexism there probably kept more than a few women out of the theatres, including me. I have watched them since and realized that while yes it is still sexist that sexism is also the joke and the victim of the joke as well. It is so ridiculously over the top and consistent about it. It is just on the right side of lampoon. There are more than a few people who will enjoy the overt perversion of the film, but they are as much part of the joke as well. The title of the second one even plays into that, even as it earned derision from many. In the case of the Piranha movies they go in with the knowledge, intent, and desire to be comedy horror and the overt sexism is a literal constant part of both narratives. That constant is what makes it different.

Alright so what about films like Atomic Blonde and The Hunger. *sigh* Admittedly this one is a touch harder with these two mentions. Let’s address the Hunger. As a lesbian vampire film you can tell it was filmed by a guy. That said the act itself is treated well, and the seduction and succumbing to it is a functional and necessary part of the narrative with the associated consequences as part of it. Atomic Blonde is slightly different in that regard, but only slightly. It treats the bisexuality of the characters and the act slightly better; while still generally being filmed for the male gaze. Both sequences have a high degree of intimacy and passion that ultimately serve the characters and narrative rather than detract from it. They are naturalistic within the story and it would change the film and characters in a significant way if they were absent.

So why is this different? Because it is unnecessary. Like the Princess Tilde scene from Kingsman – what did it actually serve? Did you *need* to see the scene? Would it have worked had Eggsy closed the door with her smiling on the bed and Merlin looking over and going “Oh my”? Yeah. It would. The problem here with a POV shot of the hand sliding down her stomach and into her panties and then her? It adds to a pattern.

Vaughn is outright juvenile and sexist. He is a shock jock (DJ) like old Howard Stern. He does it because he can and wants to be bold and edgy. He’s a 15 year old with $90 million dollar budgets. Let me clarify.

The Tilde scene was on it’s own? It caused a minor murmur. Some folks didn’t like it, but that was it. Didn’t really hit the radar in reviews or news. Now add this scene with Poppy Delevinge’s character Clara. Most reviews I am coming across are bringing it up with a “why was this needed?” – more on that in a sec. Two isn’t a pattern yet. There’s more. Let’s look at Hit Girl in Kick Ass. I like the movie, love the character, but he has her drop the “C” word just to shock people. Then there’s the teen sex scene, true the actors were 20 and 23 at the time but they were playing high school kids. I am not against teens having sex, not even remotely, I am wondering why it needed to be filmed? There’s the treatment of Roxy in the first film – you know the one who actually became a Kingsman? True the narrative is about Eggsy and Harry, but you lessen the one of two named significant female besides his mother; who is not treated particularly well either, by leaving her off screen for much of the action?

My final point on the why was this needed for the Clara scene? If a script writer gives this scene to you as a director and producer you have the absolute right to change the scene and change how its filmed. You can keep it from being exploitative if you feel you need to include it. This fails here as Vaughn is writer, director, and producer. He wrote the McGuffin for the intent to write this scene and shock. He picked how it would be filmed. It literally only exists in this format to allow him to film it as such. The McGuffin could have worked any number of ways that didn’t require *this*. Yet here we are.

Where does that leave us?

If this scene as described doesn’t bother you and you can enjoy the rest of the movie without this being a detractor – props to you. I am not going to judge people who don’t have an issue with it. I hope those that see this truly enjoy it and this doesn’t take away from it.

It would for me enough to taint the rest of the experience. Enough to taint how I think of his other movies, which I enjoy as well.

I’ve drawn a line in the sand for white washing and I have to here for this absolutely unnecessary sexist filming.

Is there anything else you are drawing a line in the sand for in the near future?

Trigger warning for pedophilia on this topic so I am using my spoiler roll over text to discuss. If you wish to see just highlight from here:

Yes. Jeepers Creepers 3. When the first two came out the internet wasn’t nearly as powerful as it is now. Information about people and their misdeeds not nearly as prevalent. I had no idea the director Victor Salva was a convicted pedophile. Not only committing the crime but filming it as well. I cannot support his works now that I know. Do I still enjoy JC/JC2? Yes – for what they are. You can enjoy something still after you find problematic issues with those who made it. It does not mean, however, you have to continue supporting them once you know.

This includes Polanski. I had no idea of his background at first. I know the victim wants the story to die so she can keep moving on. This is does not equate to absolution. Do I like the Ninth Gate? Sure. Can I continue to support him? No. Which means not adding some of his older works to my collection such as the Fearless Vampire Killers to avoid giving him any form of residuals.

As a reviewer, topics like these do cause conflict. I have an objective role to perform in the watching of film and media and writing about it. I also have my subjective beliefs and values. I have to be true to myself and not support things I find problematic.

I hope you all understand and can join me for the next review.