It’s generally not a good sign for a movie when I don’t have any Thursday night screenings available, so alas the review comes tonight a few hours after the last show. Obviously I have seen the original a couple of times when it first came out and on VHS. It was beautifully atmospheric and though it came out in 1990 it still was riding that wave of 80’s that will mark it forever. I can’t say I have any particular fondness for it one way or another, I thought it was good and had a lot of stars of the day headlining it. Obviously I was curious when this one started dropping trailers a few weeks ago. I thought they were interesting and there’s always a glimmer of hope for a remake. So I threw on one of my favourite shirts, not realizing the irony and headed off to the theatre.

You get what anyone gets. You get a lifetime

So should they have resuscitated this film or left it for dead?

The story credit here goes to Peter Filardi, original writer of the 1990 film as well as The Craft. Which largely means this was brought to you by the writer of Source Code, which was interesting in concept if not execution, Ben Ripley has the screenplay credit. I cannot say if Filardi had any work on this one or not, but the core story he wrote remains intact with names changed to protect the innocent and the guilty. In the 80’s and 90’s we didn’t expect a lot of our sci fi or horror films, not really. As an audience we’ve come to expect more because we have literally seen it all before. Which makes Ripley’s choices on script so problematic for me.

With remakes, and some sequels, writers can be condemned for violating the source material. Deviating too far from it. Conversely they can be criticized for not doing something new or original. What gets missed is the middle ground. You can be faithful to the original story, original concept, and original ideas; but also tell something new and explore new ideas separated by the times in production. From 1951 to 1982 – 30 years right? Compare The Thing/The Thing from Another World. The concepts are the same. There’s beats that are the same but these are vastly different films and both are applauded for what they did. The same could be said for The Fly (28 years), Dracula (1930s, 70s, 90s), Nosferatu (50 years). Outside of this genre, we have 3:10 to Yuma, Thomas Crown Affair, The Seven Samurai to Magnificent Seven, Oceans Eleven, True Grit. These films are all proof that you can tell the near exact same story and improve on it or at least make it different enough to be fresh without losing the heart of the material itself.

Flatliners, like most remakes in this decade, plays it safe. It stays in the lines and takes very few risks. As I said, it does take one or two, but they aren’t entirely successful. One I feel was a studio add to “amp the tension” but just looks ridiculous because I know they don’t have the fortitude to see it through.

This leaves me disappointed as a whole. Neils Arden Oplev (The Girl with the Dragon Tatoo) is capable of more. The shots are pretty. The acting is sufficient, but there’s nothing new or unpredictable in those shots. Just adding to how safe and milquetoast the movie ends up being. Again I think he may have had some hamstringing from the studio on this, as well as being saddled with a PG-13 rating. Who do they think is going to see this? Go for the R and commit.

The acting is fine, by the by. Ellen Page is always a joy, even with a joyless character like Courtney. She has enough charisma to make the character likable as she convinces others to join her crusade. Diego Luna and Nina Dobrev have wonderful chemistry and are probably two of the most heartfelt performances in the movie. James Norton, largely known for his work across the pond and the voice of Dragon Age Inquistions Cole, turns a character that I should have hated and gives him something to work with. Kiersey Clemons rounds out our medical students with poor judgement. She has a decent body of TV work and will be the Iris West to Barry Allen in the upcoming DCEU films. She, like the others was cast well and holds her own. There’s absolutely no fault on acting here.

The fault lies with script and production. We’ve talked about how safe the script is. The remainder of the production isn’t nearly as risky, probably to keep that rating.

Flatliners should have had a DNR signed if this was going to be the result. This is a bland, mediocre film that does nothing particularly new or interesting with the original story to warrant it’s existence. It tries to introduce stuff, but drops it a hot ten minutes later. I think at some stage of the production someone suffered partial amnesia to forget so many things; especially in a film about being haunted by the past.

Which I guess comes to the final statement on the movie. When you consider the subject is guilt over past sins, the weight of them on you and how they can kill you – I think that’s what happened here. No one involved had either the power or ability to say no. No one had the power to go could we do better. So they didn’t try and because of that – this movie will die.

No. Its not badly shot or badly acted. It’s just irritatingly droll.

I wanted more from this movie only because it kept showing me it was capable of it. It kept showing me things that were far more interesting than the final result and those things were never actually explored.

Ok so you aren’t seeing it again. How about buy?

Newp. There’s nothing here for me to both trying to remember.

So you hate it?

Not really. Just disappointed by the wasted potential. 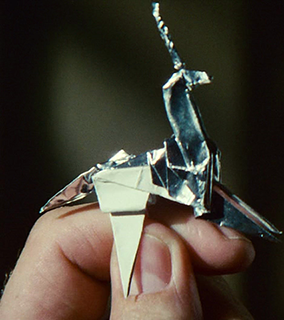