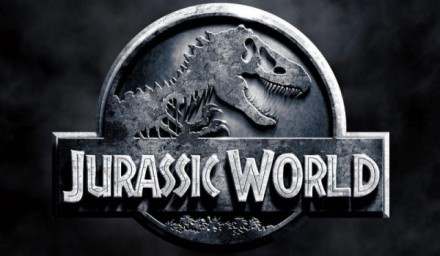 Being a pessimist is a blessing and a curse, usually a curse. The blessing is that I expect so little of people and the world that when they deliver above my lowest expectations I can be pleasantly surprised. Since the first hyper saturated trailer came out for this film I have been pretty much quick to condemn it. Too much CGI. Too much hyper color correction. Chris Pratt with a pack of velociraptors around him. It really looked bad. Point in fact one of the people who had intended to see the movie, with me today, and myself were going to full on MST3K this film after it was over.  I expected bottom of the barrell Hollywood paycheck garbage.

So where did it land?

Let’s look at an early condemnation for the film by my own rules. The writer count. You get to excuse Michael Crichton (being dead is a good excuse) as he is simply credited for the characters. That leaves us with 4 unique credits on the writing. You have Rick Jaffa and Amanda Silver on story, then again on screenplay. Two additional names show up on screenplay as well, Colin Trevorrow (who also directed) and Derek Connolly. Jaffa is probably best known for his work on Rise of the Planet of the Apes, and an older horror movie called The Relic (it’s not too bad). Silver has worked on the same projects beat for beat as writers and both functioned as producers on the last two Apes movies. Helps when they are married I suppose, but I can see that they do work well together and put out some of the best films we have had in the sci fi genre in the past few years. Their story work is evident here as the movie does focus on the little interactions amidst life threatening chaos. Derek Connolly seems to have been brought in as an addition to put touches on the script as well, probably due to the fact that he and writer/director Trevorrow worked on SNL and Safety Not Guaranteed together. So in reality the movie defies the 3+ writer rule and brings it down to 2. You have two pairs of people who pretty much work exclusively with each other, they feed off of each other and build on each other in a collaborative way that can be both bad and good, but the end result is a well oiled machine that knows how to function and isn’t trying to ‘fix’ someone else.

From a story standpoint itself, the movie has a few points I think it wanted to elaborate more on but either they were cut or not fleshed out. These personal stories weren’t really all that gripping or necessary to the point I think I might have preferred them removed and something else more relevant for the individual characters instead. There is one trope I could have done without that isn’t offensive, but mostly tired. A few points are cringe worthy and without the slightest hint of subtlety. Does it really have a negative impact on the movie? No. Not really

Part of that credit must go to the director. Colin Trevorrow is a man who has never had a budget of his own before now. I think much like Gareth Edwards on Godzilla after Monsters, was a bit overwhelmed, but stuck to many of his roots (where the studio allowed)  and told a good story with rather good performances from his actors, no matter their age. If anything he fails at it is some of his decisions on camera work with the director of photography. A few scenes move too quick and cut too fast to let you try to make sure you are seeing what you are meant to see. I am not sure if that comes from trying to hide the CG work or just bad design.  I also must blame him for some of the editing flaws in the movie and decisions to keep certain beats in where they weren’t needed. Otherwise, he did pretty well in letting you savor the action, the tension, and helping to overcome the significant flaws of the abomination that is Jurassic Park 3. The writing quartet and director remembered to make the characters likeable so you care if and when they die.

The credit must also go to the actors here. Look let me put it in blunt terms. Chris Pratt rules this film like a T-Rex in his own right. You have no choice but to watch him as he is consistently the most interesting thing on screen. He is larger than life and is supposed to be. He nails it perfectly and I am happy. There’s a rumor that Disney may be targeting him for a certain fedora and bullwhip and to that I say – yes please (after this film). Bryce Dallas Howard (The Village, The Help) is also surprisingly good in this. I enjoy her character far more than I anticipated and she (and the director) put some subtlety and nuance to her performance through the film that I was happy to see. While she isn’t as big as Pratt in this one, she does hold her own screen presence pretty well.

Let’s talk children for a moment. One of the driving forces of this story, as they were in the original. The kids. They act. They act well. Screw you Shyamalan (note: this is an eternal screw you for his abomnination of The Last Airbender and horrible acting from the children).  Ty Simpkins (Insidious, Iron Man 3) does well as the younger brother and doesn’t make you want to grind your teeth. He is matched by Nick Robinson as the older brother who had such potential to be something not good. Thankfully again the writers, director, and Robinson hold their hand well and let the character be something a bit more than stereotype. Thank you guys.

Ok, so I ripped the movie for technicals just from the trailers. Should I? Yes. The CG work is flawed. The effects team used daylight and hyper saturation of the color pallette to try to hide the lines, but it (as always) doesn’t work. Not every piece of CG work is bad mind you, but the parts that are – really are. What the trailers didn’t tell me and  I was happy to see was PRACTICAL. While not to the scale, effect, or execution of the original Jurassic Park, the practical effects are good. They are also sorely needed amidst everything else. Also – guys….(not that anyone on the team will see this) I can tell when you reuse assets. It’s not the worst sin in the world, but it’s still a sin. Speaking of sins. CinemaSins will probably have some fun with this one as my first thought seeing the kids room was ‘there’s an orgy of evidence that this room belongs to a young boy’. The product placement in this also is near sin worthy if it weren’t so intentional. It is a little ridiculous at times, but I consider it a small price.

It’s a good movie folks. If you are like me and have some seriously intense nostalgia for the original film, try to keep that in check. For better or worse the industry has changed and our awe at seeing a dinosaur on the big screen will never be the same as it was in Jurassic Park. I paid attention to the people around me. The kids. The adults. The elderly couple next to me. They enjoyed it. They weren’t comparing it to the original film (which does hold up 20 years later) they were just watching this.

They were watching dinosaurs walk, fly, and swim. They laughed, they jumped, they gasped, but they had a good time. That right there is all that matters.  All critiques and criticisms, and trust me I can tear into this movie with a few things, don’t really matter. People had a good time. The film makers wanted that and they succeeded. It isn’t as great as the original, but is the original as great because we had *nothing* to compare it to and it in turn became the benchmark we compare other things to? Are some of the moments completely ridiculous? Yes. I didn’t care and neither did the audience. Movies have changed for better or worse.

This is a summer blockbuster that is going to happen.

So for whatever it may be worth I think you should go see Jurassic World and you will probably enjoy yourself.