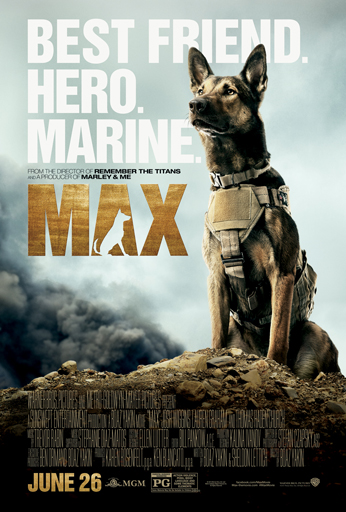 Early screening tonight, no embargo on reviews. Fantastic. I even asked. Now this is not my usual genre. I mean really look back and check on how many family friendly kid adventures I’ve done that aren’t animated? Ok now that you’ve used 12 seconds to check – you found the answer is next to none.  So why did I go to this one? Well – it was free. A friend had tickets. Secondly, I admit I was curious about it from the trailers and it plucked the few strings still attached to my rotting, black, little heart.

So was it worth it?

In the usual fashion let’s take a peek under the hood and look at the film makers. The first real question I have looking at this – Whiskey Tango Foxtrot? The writers are Sheldon Lettich, who we haven’t seen since 1998’s Van Damme flop Legionnaire, and Boaz Yakin. Let’s talk Lettich for a moment. He has previously worked with JCVD almost exclusively with films such as Bloodsport, Lionheart, and Double Impact. We have a few others in there as well, but they are all heavy action/martial arts films. How in the name of all that is …well how does that resume lead one to a family friendly kids adventure film almost 20 years later? With that we do have the other writer, who is also director, Boaz Yakin. His filmography is equally confusing and all over the map with writing credits on Now You See Me, Safe, Prince of Persia, Dusk til Dawn 2 and the Dolph Lundgren Punisher. If you too are wondering about these credits and what leads one to Max – welcome to the show. We have cookies and milk.

History aside, the story is relatively formulaic. It’s a touch sloppy and braindead at times, but keeps itself moving at a good enough pace. I kinda hate the trailer house a bit on this one now. At it’s core we do have a boy and his dog. We have a kids going on a small town adventure. It does actually have some tension making you wonder if Boomer will live, sorry Max. No spoilers. You need to watch if you wanna know, or you know ask me in person. There’s some teen romance thrown in, with a dash of coming of age, and the bonds of friendship. Honestly, it’s all very passable and didn’t make me want to gouge my eyes out much. I was greatly surprised at the lack of ‘Murica rhetoric in it considering the overall theme of dealing with a Marine K-9. It is there, but largely kept on the downlow which was very pleasantly surprising. This isn’t to say it is treated badly, but they do not brow beat you with it and I appreciate that. They let you focus on the true story of Max and Justin – the important things.

From an acting perspective, the humans are good. Thomas Haden Church (Spiderman 3, Sideways) and Lauren Graham (Gilmore Girls) serve well as the two dimensional parents. The actors themselves keep the roles from being completely nauseating in either the lovingness or the cranial density factors. Everyone else is sufficient in their role not creating anything new or really leaving much of a mark beyond what they were written. Newcomer Josh Wiggins is our protagonist, Justin. I think he took after Billy Connolly on the looking through his eyebrows glare tips. The kid has a mean glare and for the most part plays the stereotypical rebellious teenager. He isn’t bad, he isn’t great, but I think there’s potential there as he got the idea of subtlety at times and nuance in some of the performance. The other child actor worth mentioning is Mia Xitlali, much like Wiggins, she is new and to be fair it shows. There’s something there though, perhaps it’s how much her personality reminds me of two people in my life, but she actually did light up the screen the times she was able. I can only hope there’s a career ahead of this young actor.

Again, the humans are good. Max, played by Carlos, is fantastic.  The dog is the best actor in the film and this shouldn’t surprise me when you think of how much he is expected to carry. There are a wide range of performances from Carlos in the film that put half the rest of the cast to shame. Honestly, he puts actors in several other recent movies to shame. Whomever his handler/partner is – you should be proud. You have an amazing member of your family with him.

The movie is good. If it is your genre of choice. I had next to no emotional connection with anyone in the film and didn’t really feel any tension until act III. The pacing was good and kept me interested. I enjoyed both the child actors, which surprised the heck out of me.

Max isn’t a bad film, it is a bit odd in how it handles the matters it does when you look at the background on the film makers. It’s kinda good and generally solid film making. It will not win any awards, the box office, or much of anything – but if you need something that isn’t in LOUD and in your face for you and the kids – give it a shot.