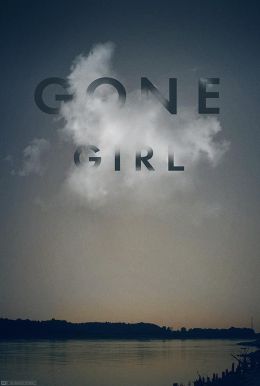 As promised I am getting this review done. Sorry it is a few days late, but I had some surgery last week and was pretty much told to not move much for a bit. Do I regret not seeing this the opening weekend? Not really. It looks like plenty of people went and saw it, letting it take the weekend by a hair over the horror movie prequel Annabelle (probably not seeing it).

So should you see it now that I have and can talk about it.

The movie is in the based on a book category by writer Gillian Flynn, who also has the sole screenplay credit. I will be honest, I am trying to remember when that’s happened before and the name involved wasnt Stephen King. (Ok I looked it up after writing that sentence, Anne Rice has book/screenplay credit on 1994’s Interview with the Vampire).  It’s rare the author not only options her book, but gets to write the screenplay and no others come in to “touch it up”. That being said this means any and all changes are approved by the author to some extent. As per usual I can’t comment on the book, but the woman next to me said the movie was actually darker than the source material. I find that fascinating, but not entirely surprising. As someone who also writes, if given the option I would make edits to my work after the fact if converting it for the screen. Change the little things, or even big things, I might not have seen in my first thousand passes through the writing process.

On top of the pure writer element to the movie, the director is David Fincher. I suppose this should have told me what I was getting into with the movie when examining his credits before this, at least once he realized what he can do directing. I will try not to hold Alien 3 against him. Fincher is the man responsible for Se7en, Fight Club, The Social Network, and the americanized remake of Girl With the Dragon Tattoo. That last one is the one I want to call attention to. I am writing a review about a murder/dissappearance mystery and cannot give spoilers. You realize how insanely hard that is? Not even a hint? While watching the movie, however, I was reminded of the Niels Arden Oplev (aka original) version of The Girl with the Dragon Tattoo. It took your brain places you don’t normally go and makes you uncomfortable while there. This movie actually can do the same.

From an acting standpoint, ladies and gentlemen, we have witnessed Ben Affleck and his A Game. He is stellar in this movie through all the transitions he must go through, but to be honest I knew he had it in him. He has made some questionable choices in his career putting it mildly, but since his revival with Argo he seems to be on the right track. The person that truly surprised me was Rosamund Pike. When I first saw her in the nail in the coffin of Bond movies Die Another Day I was unimpressed. Then came Doom, my eye brows raised but she was generally bland. I saw the same blandness in Surrogates and Wrath of the Titans. Even in Jack Reacher and The Worlds End I wasn’t seeing much from her. So in the same vein of questionable career choices, while she didn’t burn as spectacularly as Affleck did, she wasn’t really impressing me. I must now issue a formal written apology. The woman can act. I loved her in this. The eyes, the emotion, and the weight she must carry through the flashbacks of her characters life with Affleck. Brilliant.

The supporting cast with such notables as Tyler Perry and the awe- wait for it – some Neil Patrick Harris really were able to bring the rest of the movie together and lift some of the burden from the two mains. Kim Dickens as the Detective and Carrie Coon as Afflecks sister had as much on the table as Affleck and Pike and delivered just as much intelligence and heart as the film needed. It all worked.

As a technical thing, the movie does run nearly three hours and at a certain point it begins to feel it. I am not entirely sure what, if anything, could have been cut but it was worth mentioning.

So I am going to jump to the TL;DR now

Gone Girl is an interesting film. I like where it took my brain. I liked what I saw. I liked what I figured out and what I didn’t. I was disappointed in some things not happening, but I suppose that is what makes the movie so satisfying.

If you need a good film. One that should be Oscar bait, I can really feel comfortable recommending Gone Girl.