Busy week – review 2 for your reading pleasure. I had to go back and re-read the original review of Teenage Mutant Ninja Turtles from 2014 and verify if I liked it as much as I thought I did back then and how I feel about it now. More or less – yep still holds up. The things that annoyed me then, annoy me now. Things I liked and smiled at then, I smile at now. I still haven’t been able to find the AMV from the 2003 reboot of the series that was so friggin epic, and still haven’t read the comics. I do remember most every episode of the original animated series and much like last time I will do my best to remove the Nostalgia Glasses. 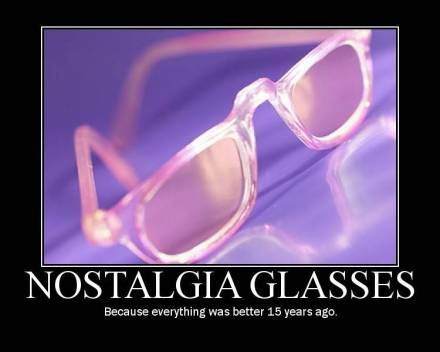 How does this one go?

Acceptance. You must accept to continue this review. Accept that this is in fact made for kids first and foremost. We, who grew up with the Turtles may find elements that we appreciate. Nods and jokes, moments, and looks, but this is for kids.

Director Dave Green (Earth to Echo) replaces Jonathan Liebesman at the helm, which sadly is to the movies disservice. Watching the film I saw naught but a puppet to Platinum Dunes studios, which as a Producer gives them say, but the reality here is I feel this was ghost directed by Michael Bay himself. I remember seeing Earth to Echo and while it tried to be E.T. it mostly just came as Google marketing campaign with mediocre editing and camera work. It wasn’t *bad* but it wasn’t memorable enough for me to even do a solid review of it. This lacked…well anything. It really was mostly style with so little substance to it that I watched a few children in the audience get bored. It might be the inability to hold a shot for more than 6 seconds and literally no sense of framing or blocking. The camera work was 100% Bay though who cannot pass a rotating shot if his life depended on it.

From a script perspective the original writers from the last film, Andre Nemec and Josh Appelbaum return sans Evan Daugherty. They still completely get the four brothers and who they are, which is good. My complaint of too much Will Arnett and Megan Fox in the last movie was apparently addressed as their roles are lesser. Sadly Arnett still gets more screen time than he deserves and Fox not enough with the script as written. The plot is unsurprisingly simplistic (see Acceptance above) and is fairly run in the mill for it’s intended audience. Nothing good, nothing bad, it exists. They didn’t make a mistake and change Bebop and Rocksteady much at all, which was a good thing and while we will talk about Tyler Perry in a minute, Baxter Stockman was pretty surprisingly solid. Warning – do not think during this movie. It is not wise. If you think, you could drive a Technodrome through some of the holes. I think they also tried to do too much and could have better set up sequel bait. Two plots didn’t need to be in here.

Acting? Alan Ritchson (Raph), Noel Fisher  (Mikey), Jeremy Howard (Donatello), and Pete Ploszek (Leo) all return as the titular characters, with Ploszek actually getting to voice Leonardo this time. The change was unnoticable, and much like in Hellboy 2 letting Doug Jones do the voice of Abe, in retrospect is clearly an improvement. Fox doesn’t get to do much this time around – like at all. I kinda wish she did as the moments they give her with the boys actually work and make it feel like she is friends with them. Granted, I’d prefer to see her kick a lil more butt after two years with Ninja as friends, much like we got in a few of the animated series. Arnett…exists. I suppose my intolerance for his character matches my intolerance for the character of Vernon Fenwick. Too much of him for when he is on screen and even more Tyler Perry who is …*sigh*. Why so much focus on Stockman when you have Brian Tee as the Shredder? This was wasteful of a good actor vs …someone who I think was trying to be Neil DeGrasse Tyson and failing. I suppose when I look back (see Acceptance again) Perry acted as if he knew he was in a kids movie, no one else really did. This was disjoined.Stephen Amell does give something other than Oliver Queen in his performance as Casey Jones, which is no surprise to this girl.  All in all – it was what it was. I can’t say it was “oh damn did you see that scene and it’s delivery?” or even a “kids are going to love that scene because so and so nailed it…in a way for them.”  Except maybe for WWE star Sheamus as Rocksteady, and Gary Anthony Williams as Bebop. They just made me smile without rolling my eyes too much (some humor I don’t get, this is known).

The effects were about on par with the last one. No…actually they were better. Thanks to Bebop and Rocksteady. They *really* got these two right. The transformation was really well done and their overall animation and interaction with the world around them was just as well done. The Turtles looked good.  Krang was definitely a more modern take on him, pretty sure I saw this variant in an amv, but the core principles of him were there. The look of the head on the robot made me smile. Seeing the Technodrome made me smile. There was a lot in this department that did bring the nostalgia back. Sadly the camera work took me out of it since I could barely tell what was happening. I also get the sense as I picked on the director earlier some scenes were clearly directed differently. The Garbage Truck scene good. Others…not so much. I am also reminded of the 90’s movies where they were told the Turtles couldn’t actually use their weapons, which more or less showed up here too. There’s a few moments, but not nearly enough.

This one wasn’t for me. I know this. There were moments and plenty of them that were, but overall this is definitely a kids film. There’s an 11 year old girl me who would eat this up. Hell even maybe 15 year old me would. It’s an ok film on the very low end of ok as an adult. As a kid? It’s above average but that’s about it. That’s it, the TMNT 2 review. It’s better than what we got in the 90s, but that is faint praise.

Well since this review is about 5 days late, you probably already have or aren’t going to anyway. Short answer: Unless you are a die hard Turtle fan, nah. It’ll be fine on Netflix or HBO. If you’ve got kids who want to see it it won’t be *that* painful for you..

Will I buy it?

My magic 8 ball says undecided. Ask later. Probably not though. I’ve gotten pickier about what I put in the collection since I ran out of space.