Continuing to try the new format, which is to say going to get to the point early and go into detail in a bit.

I think I am going to be in the minority again like I was with Avengers: Infinity War, except this time it’s reverse. I really found myself enjoying this movie. It felt like the space fantasy I wanted to see with a heist movie thrown in as the plot. I don’t think there’s any real character growth to be had, but sometimes that isn’t the point. It’s sometimes worth it to see the character learning the tricks of the trade even if his core nature never really changes or evolves. Seriously, its ok from time to time to use this as a narrative trick and overall they were successful here with Solo.

I know a lot of people were concerned that Alden Ehrenreich would be directed to emulate Harrison Ford and I did not find that to be true. He was directed to be his usual charming self, while playing Han Solo. Some folks may think I am biased because I really liked the kid in Beautiful Creatures, and that may be true, but it doesn’t make it less true that I felt I was seeing a young Han Solo. He came across as the hustler always just in over his head but with the skills to get himself out of it, but still always trying to play an angle. Taking the movies as the only source for him, this is part of his essential nature and they delivered on that.

Folks are already praising Donald Glover as Lando Calrissian and the praise is worthy. When you consider there’s maybe a total of 30 minutes between two films with the character of Lando they don’t have a lot to work with to deliver a younger version of the man you meet on Bespin in Empire Strikes back. Glover, unsurprisingly, delivers enough charm to light the screen for some of the weaker performances in the movie – which thankfully there aren’t many. Sadly, Emilia Clarke is one of them. The more I watch of her outside of Game of Thrones the more I find her range limited. This isn’t to say she’s bad in the film, but against Ehrenreich and Glover she’s a shadow. Woody Harrelson continues to enjoy the resurgence of his career since Hunger Games and I don’t mind one bit, he fit this world and melded with it like any smuggler I would see from the Star Wars games. Paul Bettany gets to chew some scenery and this is always a pleasing thing, especially when he gets to be intimidating and it works.

From a story telling perspective the movie does run into some pacing issues, but otherwise holds together and plays well with the universe. It helps expand the Meta of the new Disney Canon universe but doesn’t tromp all over the things that we consider Legends now. There were a few moments that made me giggle like a little girl when I saw things that were little more than trivia in 1994 when I committed the entire layout of a very special YT-1300 to memory. Yes, that was geek speak.

It is not shot like a Star Wars movie that we’re used to and that’s actually good. It expands the tricks future directors get to use and helped create some interesting dynamic action scenes that we haven’t quite seen before. It’s lit well and the effects are very well done. The downside on the technical aspects is you can tell there was another director on this before Ron Howard was brought in to pinch hit and try to knock this one home. There’s some pacing issues and some disconnects in the shots. What makes it work so well is that there is a lot of practical work here and lack of hyper saturation. It felt like a lived in world.

TL;DR (not getting rid of this, it’s almost a trademark)

Solo is a good movie. I think there are going to be people who don’t think it works and don’t find it as enjoyable. I don’t think it’s going to be as divisive as The Last Jedi was, but I think reactions will be split.

Honestly, I don’t give a damn. I enjoyed the movie. I had fun. I bounced in my chair (D-Box notwithstanding) and felt excitement watching a movie again.

Yes. The D Box was fun for it, but not necessary. XD is almost a must. 3-D probably not. Big screen though? Absolutely.

So you are buying it?

Why didn’t you use the Science Fiction hashtag you use?

Folks, the movie was a good time. This was Oceans 11, The Italian Job, or Thomas Crowne Affair in space. It gave me what I wanted to see. The cast was charming. The visuals were good. The directors slowed down enough to let moments that needed to go a bit go a bit and kept the action in a way you could understand everything going on.

I hope you do too.

Goddess I have things I want to talk about with it too, but even with the new format – NO SPOILERS 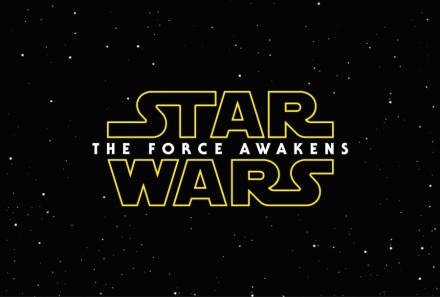 This review is of course SPOILER Free.

SPOILER FREE got it?

On top of that since anyone who reads my reviews is seeing this as a foregone conclusion the review will take a different tone and style than usual.

It’s been a full decade since the debacle that was George Lucas last run at the helm of the Star Wars franchise. His prequel trilogy is rightfully lambasted by many, though they do have a few redeeming qualities here and there. A few. By and large they deserve to be confined into cell block AA-23 and then thrown into a trash compactor. The acting was bad, the effects were bad, it was over produced and under directed.

J.J. Abrams comes along in 2006 and gives us Mission Impossible 3. He then goes in 2009 and writes his resume cover letter with Star Trek; a film many acknowledge (and bemoan) is more Wars than Trek. Lo and behold he lands the impossible job of reinvigorating a franchise many felt might be irredeemable. Talent is brought in to write in the form of Michael Arndt (Oblivion, Hunger Games: Catching Fire) and, in a brilliant move, Lawrence Kasdan. The man who gave us what is critically considered the best of the Star Wars franchise, Empire Strikes Back. Kasdan was also the pen behind other greats, such as Raiders of the Lost Ark, Silverado, and Return of the Jedi. This is what was missing.

Here’s what you need to know:

The movie could be called

That said, the movie makes every single attempt it can to make up for the last three movies and does so with great passion.

Yes. Yes. Yes. I really enjoyed it. It took me back with Nostalgia and then gave me some new things as well.

If you don’t have a problem with 3-D, absolutely. There are shots that beg for the 3D treatment and shine because of it.

Eh…no. Mostly so people can talk about it with you. They will want to.

Are you buying it?