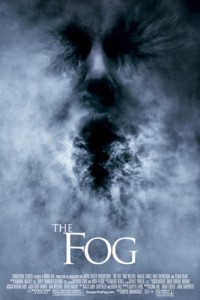 Oh Hollywood, how do you love to go back to the well. Either through contracts that give up rights (Halloween, Nightmare on Elm Street), desperation from their owners, or perhaps some vain hope that it will be better than it was twenty or thirty years ago; you find ways to get the rights to do a remake. Heck, sometimes you rely on the public domain element of films and characters (Dracula). Yet, inexplicably, you are almost nigh incapable of doing these remakes well most notably in the horror genre. With few exceptions, these remakes and reimaginings are almost universally flops, critical failures, and fan failures. Only a handful, in my humble opinion, come close or exceed the original work.

Lets take the writer, Cooper Layne. He has naught but the Core as his *only* other writing credit. Now while I enjoyed the Core and all its beautiful silliness, it failed. This film, also failed with a whopping 4% on Rotten Tomatoes in comparison to the 68% of the original. Where the first was nuanced and subtle, this one lacks well – any of it. The imply don’t show rules? Out the window. Plot? The first had a pretty concrete story that stood on its own, everything worked right and played right beginning to end.  The plot is mostly the same, but this one adds a ‘timeless’ romance to the narrative for…reasons.

I am sure the director, writer, or producers said this exact phrase.

Seriously, it has no point. It serves nothing. I think the only reason its here is because Young Adult fiction and films targeted at the Millennial generation assume they are stupid and thats all they want or need in a film. There is rumor the film was greenlit with only 18 pages of script written. 18. That’s maybe 20% of a functional script. Way to go Revolution Studios!

I can’t blame the writer entirely, though I want to. The director also gets his cut as well, so this is me now targeting Rupert Wainwright.  To be perfectly fair, I don’t think Wainwright was prepared for this. He hadn’t figured out his style yet. He had Blank Check (a kids movie), Stigmata ..a rather intense religious supernatural drama, and now he was given a Teen Supernatural Horror? Honestly though, the shots weren’t all bad. Some scenes worked, but if you have a bad script there’s only so much you can do – like rewrite. I blame the director for making a decision to use horrific CG rather than practical.

Yes, all of the effects were god awful. The Fog itself was a total failure and CGI nightmare. I am *almost* certain I could have created better looking fog on my own computer with no training. I have seen SyFy movies of the week with better fog. The showing rather than implying caused such fail it was absolutely laughable. Things happened for no reason and just didn’t carry any weight when most of them did from an FX standpoint. You are spending too much time going “why” rather than “oh cool.” Even the Poster looks like a knock off from The Mummy six years earlier.

Sometimes acting can at least redeem a film, sadly this is not the case. Tom Welling gets the role of Nick Castle and is as wooden as piece of drift wood. I’d say it was a fluke, but I’ve seen enough elements of Smallville I know this is how he usually is. Maggie Grace (Taken, Lost) was just starting her career and does reasonably well, but doesn’t have the experience to deal with the garbage or bring out the best in those around her yet. She does well enough despite the silliness. Selma Blair (Hellboy, Legally Blonde) is no Adrienne Barbeau, of course she has as much garbage to deal with here and it doesn’t work and takes away from the tension. No one else is even worth mentioning. Even the usually fun to watch Rade Serbedzija is humorless and unimpressive – save one scene as he beats someone across the street.

I actually own this. I was entertained by some aspects, but the reality is this is a bad film. It has a bad ending. It suffers from so many problems that its a shipwreck. The FX are probably the worst sin the movie has and make it near unredeemable. I put this in my collection of bad movies. It is *not* recommended unless you want to watch a bad film. It’s not even in the so bad its good category or so bad you can MST3K it and have fun. It’s just kinda…bad.

So in the realm of Hollywood remakes, this gives a lesson on what not to do in almost every situation it presents.