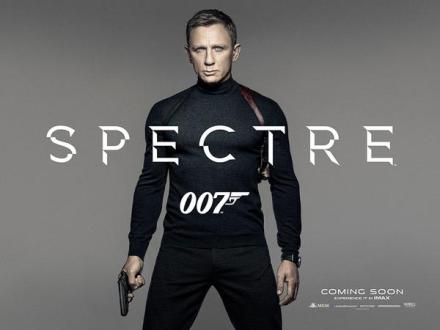 As a complete aside before we begin the review, do people not know how not to bathe in cologne or perfume? Seriously the past two times I’ve had to be with people in public places this week someone sat near me who positively reeked of some sort of fragrance and gave me a borderline headache. Unsurprisingly I was surrounded by men in this movie, there were a total of five other women in the showing I was in. Back on topic of course we have the latest installment of the Bond franchise since the reboot nine years ago with Casino Royale, this will be the last installment for Daniel Craig as the actor is done with the role.

Is this the send off her deserved?

The first thing to address is the writing, let us now apply the rule of three. We have three story credits, and an additional credit on screenplay. We have Robert Wade (Die Another Day, Casino Royale), Neal Purvis (The World Is Not Enough, Quantum of Solace), John Logan (Last Samurai, Star Trek Nemesis) on the story and screenplay. All three of these men have worked on most of the last five Bond films. They have also worked on multiple high profile projects of rather good quality and others….less so. Adding to the screenplay credit is Jez Butterworth, writer on two good (Black Mass, Edge of Tomorrow). All of these men have a long history of relatively solid films with coherent plots and stories I actually cared about and what happened.

So what happened here? I cared for nothing. No one mattered. Nothing mattered. It was all off camera or so distant as to be unrelatable. Motivation? What’s that? Seriously, there is none. NONE. Nothing in this movie matters or makes sense. Sure the trigger does. But so little else does. The seductions do not work. The interplay does not work. Decision making on the part of the characters makes little sense. This thing is a bloody mess. I saw glimpses of things that could have been and then lost it as the following scenes progressed.

The blame must go to the director as well, Sam Mendes. Again this is confusing to me as he is behind Skyfall and Road to Perdition. I would go on about how little sense the direction here makes, but I am not sure how. Characters who should be more than they are do nothing. Characters we want to see more of vanish. Decisions and dialogue and performances just fall flat. There’s one line where it’s delivered so badly and with such blandness that Kristin Stewart in Twilight would have looked like a Jeremy Irons or John Malkovich caricature with the amount of emotion displayed. It’s almost like he didn’t care, the writers didn’t care, and the actors didn’t care.

I mean I love Monica Bellucci and Christoph Waltz. They are fantastic in everything I see them in. Lea Seydoux, gorgeous and amazingly expressive and subtle. Dave “Drax the Destroyer” Bautista is the heavy in this one and works. He uses his physical presence to the fullest effect. Yet none of it matters. Craig is going through the motions little else.

What makes it worse? I’ve seen this plot already and it was done better in Skyfall and in Mission Impossible: Rogue Nation. It was done better, more interestingly, and just….more fun. This movie is boring. The pacing is so wrong. The action sequences are totally uninspired and run too long. Scenes that should be climactic aren’t. The symbolism during two scenes is so intense it’s like Mendes came into the movie theatre and shouted “look. look at the symbolism, embrace it. Embrace how clever I am and your father smells of elderberries.” Yes. It was insulting.

This may turn out to be an unpopular opinion this weekend, I haven’t checked against those who have seen it already; but…

I wanted, expected to be meh as the credits rolled, but it turned into a tauntaun scream of irritation as I talked about it with a friend on the drive home.

I cannot recommend this film except to people I dislike.