It actually took me almost two hours to decide what to write about this one. Most of us are familiar with the abomination that was the original trailer. Just in case you wanted nightmares tonight here you go:

This trailer formed one of the few universal truths on the internet, that being Sonic was a horrifying CG mess. The studio all but immediately vowed to fix it without changing the release date. Now if you don’t know much about the industry you’d think “so whats the big deal, its just CG.” I wish that were the case. As it stands most studios are dealing with 11th hour production changes, after already burning the midnight oil and their staff, and are also generally the lowest bid to complete the effects. A not insignificant number of smaller studios go out of business after some productions. So when we complain about horrific CG, like say the Black Panther final fight, that would be an 11th hour (read weeks/days before the release to get it fixed). CATS, which I refused to see even on curiosity (irony?) was in editing up until hours before the premier.

I told you that to tell you this. The studio who picked up fixing Sonic, “Moving Pictures Company” (MPC) and turned THAT into this…shut down its entire studio in Vancouver this December. That’s after the redesign work and the positive comments from the internet from their work. (source: CinemaBlend). Why? Because they barely made a profit from the work. 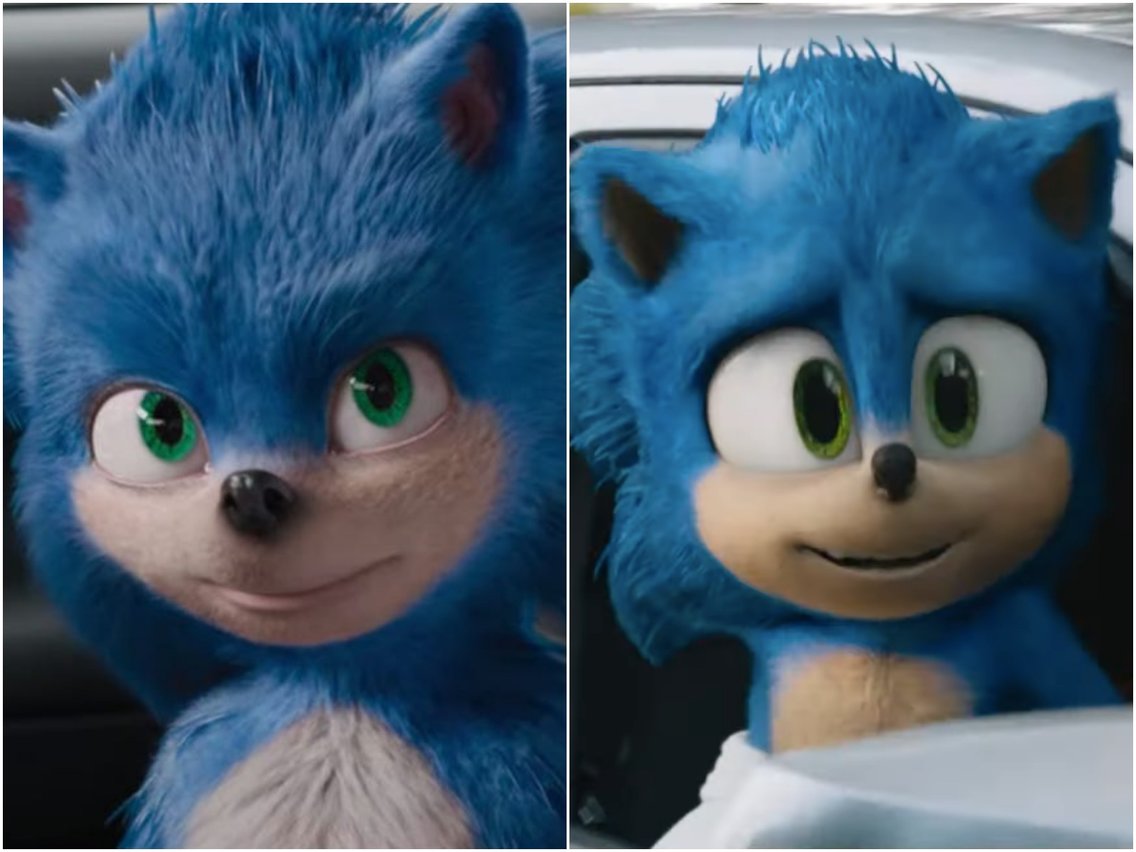 All of this is important to understand when you consider the movie as a whole. It means that one of two things happened with the production. Someone at the head of the studio thought original design was perfect and didn’t need any updates; which implies they didn’t listen to anyone with an inkling of sense or they really didn’t care. Option 2, less likely, but far more insidious, is that they dropped a horrific trailer and knew it was bad but wanted the press. Then spent the money to fix it. The first is more likely and quite honestly more expected. We’ve seen it time and time again and will continue to do so.

What I don’t get is why? Paramount, the studio who is the lead on this production, barely has a leg to stand on box office wise. Not a single movie last year of their eleven broke $100 million. Rocketman was closest at $96 million and is in 32nd place in total gross.. They completely have destroyed any faith in most of their major IPs, like Transformers and Star Trek. This years bets aren’t looking so hot for them either with The Rhythm Section being a massive bomb (still disagree, but facts are facts) and only pulling in 5 million so far (ouch). Like a Boss with a whopping 22 million isn’t exactly stellar when a movie like Knives Out, in its 5th week by New Years, has pulled in 29 million this year. They have 16 movies this year and they have to be banking on the fact that A Quiet Place II does something and Top Gun: Maverick does as well. I mean one of their productions is a new GI Joe movie?

I am talking about all of this to try to help you and myself make sense of what myself and one of my Dark Court watched today. I thought the first twenty minutes or so were actually pretty solid. Good intro for Sonic. Good intro for James Marsden, who this movie owes it’s life to. Comical introduction of Robotnik was ok until he spoke. I leaned over to the member of my Court and was like “ok this movie knows what it is” with a Leslie Neilsen esque Airplane style joint chiefs meeting that checked off more cliches in two minutes than some movies do in two hours. I was wrong. I was so so wrong.  Marsden is the most charming thing in the movie. Sonic is entirely puntable 90% of the time, and the 10% is actually very bearable. If it weren’t for the new look this would be even more of a train wreck than it is.

I am not sure what writers Josh Miller and Patrick Casey (writers of Transylmania, a vampire movie I won’t even watch) were going for. Buddy Cop? Family Road Trip? Pure Kids stuff? A plot? They achieved none of these things. Writing is hard. Trust me I get that, but you have friends, you have others look at it. Hopefully someone goes “so …..I have some questions” and you take that and go. This did not happen. I could maybe fault Jeff Fowler the director in his first cinematic picture, but something tells me he had studio notes, a horrible script, and no one who could help him. Like the direction in the movie is not the worst and Jim Carey when told to combine all his various previous life personalities has to be hard to direct, especially if starstruck, but…yeah.

This movie is a bleeding hot mess. It is not a good movie. It’s not even an adequate movie. I won’t lie and say I wasn’t entertained. There are a few moments of joy and smiles to be found sure, but when those moments are gone the movie is pure cringe. I wish I knew why studios had no faith in Video Game movies. Many popular games in the past few decades have quite a bit of lore and story to them and studios want to ignore it. Yeah there’s actually a story to sonic beyond running and collecting rings.

Instead we’re given yet another “Masters of the Universe” where we put our character on Earth, ignore anything of interest from the original material and create…this.

I was told by the Manager of the theatre he is hearing good things. Maybe if it was from kids, who were having a good time in this. There is just not enough meat here for an adult to enjoy so I am asking who is this movie for?

If I thought the animators would see even a penny for their work – I would say yes. Since I am not sure – thats a no from me

I barely want to remember seeing it now.

That would be correct.

Is it really that bad?

It didn’t anger me. It’s just badly put together. I am more annoyed and confused by it than hating it. It exists. It’s on the same caliber as Super Marios Bros and He-Man, but still better than anything Uwe Boll did.

Here – the trailer for the good cartoon. I am going to find my happy place in my crypt.