I’ve been eagerly anticipating this movie, which I dubbed “X-Men with kids” since the first trailer.

As you may have noticed I am kind of big on the idea of Representation F*n matters; so the idea of a solid looking sci fi / action movie with a young POC girl in the lead; my choices were clear. Now granted, I could tell already this was based on a YA Novel series and it’s getting an August dump slot, the first one of the year so the studio didn’t have faith in it.

Based upon the novel series by Arizona native Alexandra Bracken the movie covers the events of the first of the trilogy. Why are you asking if I read the book to yourself? Have you not read my reviews? That said, I am kind of hoping she might be a guest at a local con; I’d love to interview her on the adaptation process and her involvement from book to screen. Her book was adapted for the screen by Chris Hodge, who looks to have mostly been involved in television prior to this, and was the creator of Warward Pines, which seems to be a slightly toned down version of Hemlock Grove and a more supernatural version of Twin Peaks – so take that for what you will. Not being overly familiar with Brackens original work, I cannot speak to how well the adaptation takes it, but Hodge does seem to avoid more than a few of the YA to Movie Pitfalls, but not all of them.

The dialogue is not nearly as clunky as it can be in many adaptations of material like this, but some credit will go to the director Jennifer Yuh Nelson. Nelson might be best known to most audiences for her work as director of Kung Fu Panda 2 and Kung Fu Panda 3; but prior to that she directed four episodes of the Spawn animated series (talk about dark). Her other background, which explains some aspects to the movie is as an artist, character designer, and story department. She worked on the criminally underrated 2003 Sinbad movie, and the amazing Dark City. This sort of experience lends itself to why the movie looks as good as it does in places, its strong dependence on overall subtle computer effects with a significant majority being done practically or with other visual tricks. She also showed talent in bringing well above average performances from most of her cast.

The absolute powerhouse of the film, figuratively and literally speaking is Amandla Sternberg as our protagonist Ruby. Most folks became familiar with her six yeas ago as Rue in The Hunger Games, and hopefully even wider soon as Starr Carter in The Hate U Give later this year. My partner and I tonight were talking at length about her and why she worked. Obviously script and direction help here as this has undercut other actresses with talent in movies like The 5th Wave, but here Sternberg shines. She is a complex character with real chemistry with her on screen friends and to borrow a line from another movie, She’s a Damsel. She’s in distress. She’s got it handled. Have a nice day. The character may be afraid and uncertain, but they never make her feel weak or simpering. This is a crucial balancing act in a YA or any material that is adapted and quite often fails.

Her main co-star Harris Dickinson (who will be Prince Phillip in Maleficent 2) also delivers. Quite often the male protag/romance interest in these films is completely bland from delivery and have the depth of a half empty kiddie pool. Dickinson as Liam lets the character actually emote and brings good chemistry with Sternberg. Skylan Brrooks as Charles is another solid character; while his opening can grate on some nerves once the movies pacing lets him he grows and you can really buy the friendship between the main three. I would love to say more about Miya Cech as the 11 year old Zu, but she doesn’t get to do more than be sweet and adorable and really a good counterbalance to the others strong persona’s. Unfortunately, no one else really stands out or otherwise borders on detrimental to the movie.

This leans into where the movie has some flaws, traps the director and writer may not have known how to find their way around. I realized watching this the problem with YA movies and am likely to do an entire editorial post on it later, but to sum up for this review – they run so heavy in the exposition, often with voice over that they forgot they are making a movie. When you read a book you need the characters inner monologue and long or detailed descriptions to let your mind paint the scene, the emotions, and to sell the interactions. With film you get to show don’t tell. The opening of the movie is painfully rushed so much so that the rest felt like it came to a screeching halt and part of that is due to the tons of exposition dump that occurred with little need for it. We’re told and shown when a show was enough. Due to this some of the characters would win my newly minted Snidely Whiplash award for hammy villains. 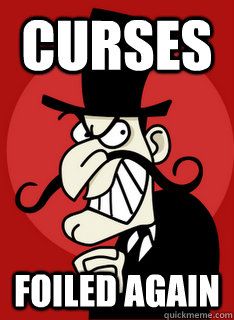 While I don’t love this one nearly as much as Beautiful Creatures, The Darkest Minds is a very solid YA adaptation. It has good actors, a solid enough script, and good characters. The action beats work and the movie doesn’t pull punches where lesser material would. This surprised me a few times but I was very happy to see material remember the Adult part of Young Adult.

Amandla Sternberg is a gift and needs to be in more movies and I was very happy to support this one, even if it’s slated to be a box office bomb. Unfortunately this movie only made roughly $6 million of its $34 million budget domestically and just under $10 world wide. Unless there’s an international surge or my viewership sky rockets this looks to be one of the weakest openings and hauls of a YA movie.

Well I would like to change this movies fate, so yes, I do recommend this one.

Honestly? The more I think about it yeah yeah I would.

So how bad was that box office?

Well, it will likely do better than Vampire Academy  ($15m ww)so that’s a plus. It’s almost doubled Blood and Chocolate‘s $6 million world wide haul; but thats really faint praise on this one. It does deserve better than it got.

Yeah, Critical 18%. Audience though with 800 ratings, gave it 82%. As a critic and reviewer I can see why Critics *wouldn’t* like it. It has flaws and flaws that I could be harder on if I chose to. I am chosing not to because it tried. The actors tried. The script tried. The director tried. It shows they tried and it wasn’t just another hollow YA cash grab.

But it has so many YA flaws that I shouldn’t ignore, but am choosing to because I believe a movie that tries is worth a dozen or more Pacific Rim Uprisings or Tomb Raiders or Death Wish remakes. We need more like this and less like those.

The Darkest Minds didn’t get a fair deal and that’s sad. If you have a free evening in the next two weeks go see it. I think you will see what I did in it.