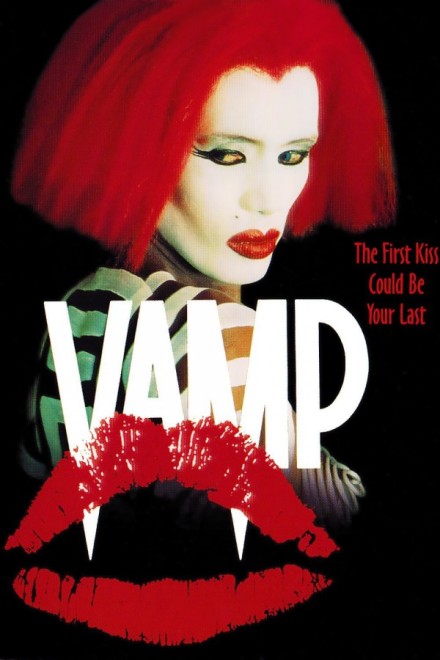 So this is the first of the requests for reviews for this October Review-A-Day session. This also happens to be one I am ecstatic to review as I watched the VHS of this from my local video store back home so often the tape began to wear out. This underrated cult classic in the vampire genre bombed pretty hard in it’s opening summer release.  Granted it was against Aliens which made only 10 million in it’s first week that same time and was in the number 1 slot.. This is before the era of our modern summer blockbusters but to give an idea of other competition was Top Gun (10th week), Karate Kid II (5th week), Ferris Bueller (6th week).

But, Jess you obsess over vampire movies can you be fair about this one? Let’s see.

Written and Directed by Richard Wenk (The Equalizer) as his first film it perfectly captures the late 80’s cheese. It’s an interesting career since then with this as his oddest entry. Some movies can defy generation and time, others are locked in it so tightly they become near symbol of what that time was. This is the later.

The story is of two college frat pledges who offer to bring back a stripper as their initiation. In the wrong part of town the find more than they bargained for. Will any of them see the dawn?

It clearly has a mythos and a history to it’s world that it so intelligently doesn’t bother to explain like a more modern film would. It does fall into the horror comedy genre pretty solidly and while not truly campy, it does not take itself seriously either. It lives and breathes atmosphere through its tight sets, which do look like sets, and a near criminal abuse of neon lights. Neon is a character all to itself in this movie and it is an abundant living thing that permeates the film like the smell of bacon through a house.   It actually has some good dialogue beats in it that I’d appreciate more of in other vampire movies. It spent time to let a vampire and human have a conversation – when do you actually see that?

From an acting standpoint I am surprised anyone came out of this alive. The hero played by Chris Makepeace, who represents the typical 80s every man of the time, has a similar look and performance to that of Michael J Fox (duh), William Ragsdale (Fright Night) or Zach Galligan(Gremlins). Slightly nerdy, slightly all american white bread handsome.  He works in the film, but much like others kinda vanished into obscurity after. So few had the weight and raw charm of Fox. Robert Rusler, who plays the best friend AJ,  actually hits some good notes and gives a different performance than he did on Nightmare on Elm Street 2 (something I’ll have to be paid to review). He would go on to appear on Babylon 5 for two seasons but is otherwise also relatively obscure. The two stand outs and memorable are of course Grace Jones and Billy Drago. The film would be so much worse without their over the top performances (and wardrobe). They devoured scenery in all the right ways.

Effects wise, I’ve discussed the neon that functions as a set dressing and is otherwise impossibly over the top. I didn’t know pink and green neon were that abundant outside of a Joel Schumacher Batman movie.  From a make up and prosthetic standpoint they borrowed heavily from the influences of Fright Night and went full monstrous with their vampires with the overly enlarged mouths, claws, and extended appendages. Not your pretty vampires once they are ready to feed. Also it may include one of the few stakings by a shoe out there.

If this movie came out today, I would rip it apart. All things being fair, I would tear into it with gleeful abandon as another bad vampire movie. This, however, has the benefit of some very blood stained nostalgia glasses. It’s not a good movie by any stretch of anyone’s imagination, but it has a lot of fun with itself and the audience.

I can see hints of the conception From Dusk til Dawn in the concept of this movie and it’s make up. While it isn’t good and was a bomb – it’s just too enjoyable. It is a hard find, I had to purchase it on one of my streaming accounts, but I have no regrets.

If you need some awesome 80’s cheese and vampires, this is a good film for you. I’m happy to have it in my collection finally, even if it is only digital.